Mine building at Poldice on the coast to coast mineral tramways trail (Cornwall).

This trail’s distance of 11 miles makes for an out-and-back of 22 miles; perfect for marathon training. 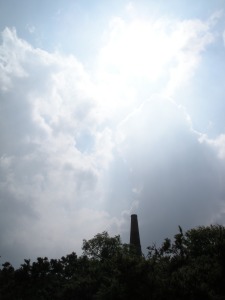 For those used to Cornwall’s scenic coast, golden beaches and lush green farmland the mineral tramway offers a new landscape to explore. In parts more moonscape than landscape, where you are never far from a reminder of the areas fascinating industrial history. 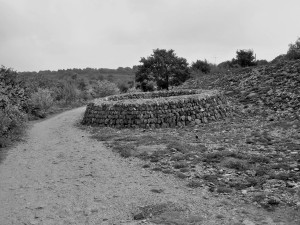 Capped mine shaft on the mineral tramways trail (Cornwall).

It is hard to believe that only 150 years ago the whole area was one of the most industrialised areas in the world. Tramways and Railways traversed the route. Following the contours of the valleys which echoed to the sound of mining stamps and the toil of thousands of men below ground and women and children above ground. In the intervening 150 years, the smell of coal and laboring bodies has subsided and nature has slowly taken a hold. It is a testament to the power of nature and (perhaps given the current global environmental issues) reassuring to see that nature has the power to erase most of man’s past mistakes and mismanagement. Yet even the power of nature has been unable to heal all of the scars inflicted on this land in the name of profit and the pursuit of mineral riches.

The route starts at Devoran. The mining port of Devoran has long since silted up and the quay once a hive of activity is now a pleasant green. The river channel is barely a stream at low tide as the dredging that kept this waterway open to sailing boats a century ago has long ceased. Now only a pleasant village complete with school, pub and village hall remain, bearing the name of Devoran. 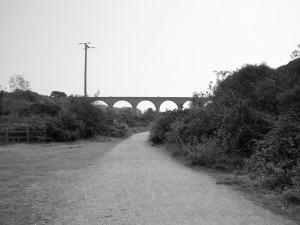 Heading from the ‘Port’ of Devoran to the Port of Portreath the route crosses the A39 (the main road from Truro to Falmouth) this is a very busy road so you are best using the subway. From there most of the trail is off road using the route of the old tramway. The trail is very flat and straight. One of the main landmarks is the viaduct where the Falmouth branch line crosses the old tramway. At this point there is relatively little evidence of the sites mining heritage. However a closer look at the reed beds in the valley reveals that even these are a man made feature. Planted to manage the run off of water from local mine adits and reduce levels of heavy metals entering the Fal estuary and Oyster beds (following a major pollution incident in the 1990’s at Wheal Jane). 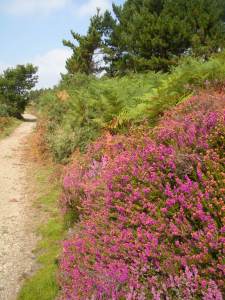 Typical trail on the Bissoe section of the trail.

Being a tram trail the route is flat for a Cornish trail. A look at the hill profile (care of mapometer) shows that the route steadily gains elevation over 5 miles up to the trails highest point of 114 meters at the Fox and Hounds Pub Scorrier, before dropping back down to sea level at Portreath harbour. 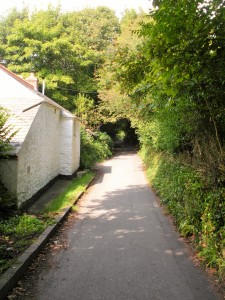 Some sections of the old tram line are now roads.

The Fox and Hounds Pub, Scorrier, on the Coast to Coast trail (Cornwall). 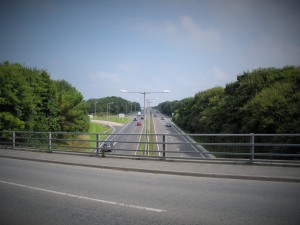 Crossing the A30 Cornwall’s artery. 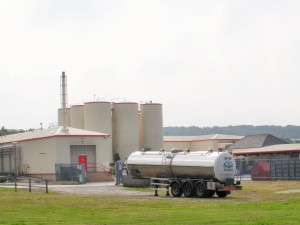 Nr the A30 on the Coast to Coast trail: a view of the Roddas Creamery.

The scenery is surprisingly varied. But unusually for a Cornish trail running route, the route is mostly flat and straight. Being flat the trail attracts a large number of cyclists, and supports two cycle hire shops, one at the Portreath end and one in Bissoe. Luckily for the trail runner Bissoe cycle hire also has a cafe which does an excellent English breakfast, teas, coffees and cakes.

The whole of the mining area in this part of Cornwall is worth exploring and has lots to offer the trail runner with the Coast to Coast trail being just one (the longest) of a series of routes in the area. The Cornwall Council website says:

“The rich mining area of Cornwall’s central mining district benefits from a 60km network of multi activity trails. The trails link in with existing routes such as the Coast to Coast and the Great Flat Lode Trails.”

So there is ample opportunity to create longer routes or mix up existing routes beyond the Coast to Coast route featured in this post. Get out there and explore!